SIP Can Be Involved: MIT Media Lab's Initiative One Laptop per Child (OLPC) 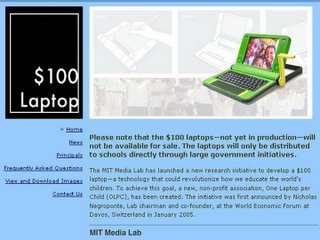 If we are talking about the Internet and its influence on our every-day life we can not forget one of the pioneers of the human-computer interface's development Nicholas Negroponte.
At the early stage of the Internet-era in 1995 he published his futuristic hit "Being Digital" , and now we celebrate with him the end of this analog decade demonstrating his new endeavor "One Laptop per Child" and the first prototype of this "digital being". 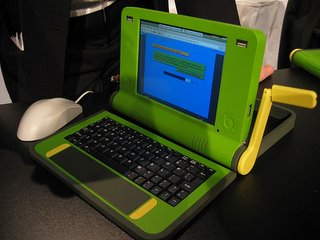 This is, I think, the only working $100 laptop prototype in existance.
Witness the handcrank.
Copyright © 2005 David E.Weekly
Uploaded on Flickr.com November 17, 2005
By dweekly
Just a rhetorical question: how the Society of Internet Professionals can participate in this outstanding social enterprise?

One laptop per child for the developing world
Posted by Cory Doctorow at November 17, 2005
Boing Boing: A Directory of Wonderful Things

Third World doesn't need the Internet
It's wrong to push the internet into Africa and elsewhere. The people (by that I mean citizens) need Western knowledge ...
Do you agree the internet is not the best way to educate, to democratize or to lift from poverty the mass of people in the developing countries? ... more »
Posted by Sarunas at October 23, 2005
sarunas :: Knowledge technologies for the Third World 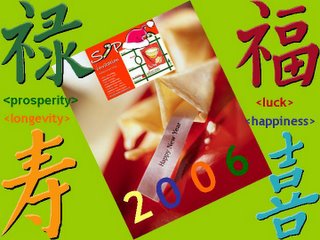 Mark Your Calendar:
With SIP's Upcoming Events for 2006 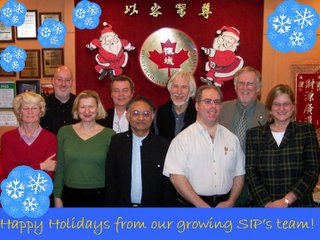 Members and friends of the Society of Internet Professionals had a lovely dinner and a good time at Bright Pearl Seafood Restaurant on December 5.

Our thanks to Laura Tyson for organizing this wonderful event.

It was nice to see some new, some old and some faded faces.

See the photos at: http://www.sipgroup.org/Photogrid/05dec8dinner/

Let Us Network is a network of contacts
which may open necessary doors for you.
And it is just to help you with finding friends
- people from all over the world
who share your interests and your goals. 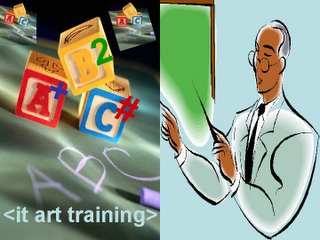 SIP Can Win IT Training

As you know the SIP's mission is to enhance educational and professional standards for the Internet professionals. This latest news can help IT professionals to participate in future MS training.

Welcome to CAN>WIN 2005!
Be a virtual guest of Microsoft and The Conference Board of Canada at CAN>WIN 2005 Summit

Ballsy take on technology
Ottawa Sun, Canada - 11 hours ago
... co-presented by the Ottawa Centre for ... Information Technology Association of Canada, Ballmer reminded the ... more positive transformations between 2005 and 2015 ...

Microsoft's Ballmer jumps on productivity bandwagon
Toronto Star, Canada - 12 hours ago
... Meanwhile, to help improve education and life-long learning, Ballmer announced that Microsoft Canada will offer $4.5 million over the next three years to ...

Advanced education crucial to improved innovation in economy ...
Winnipeg Sun, Canada - 21 hours ago
... Meanwhile, to help improve education and lifelong learning, Ballmer announced that Microsoft Canada will offer $4.5 million over the next three years to ...

+Buzz Your Biz with Blogz!+
Posted by The Vision Builder at 2:42 PM 2 comments: 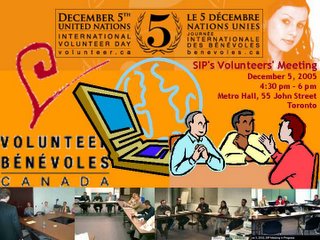 Are you ready to take part in the International Volunteer Day?


Join our volunteers’ meeting of education and networking:

These meetings are great for building your profile, network with others, and support SIP mandate.


Not a member of SIP? Check out the benefits of joining SIP at:
http://www.sipgroup.org/membership/benefits.html

New members will be provided with a gold plated SIP lapel PIN at this event.


SIP Welcomes Volunteers. Volunteers Promise to Make a Difference.
This post is my humble contribution into the IVD.

About December 5th: IVD and Volunteer Canada
"International Volunteer Day takes place on December 5th each year and is officially recognized by the United Nations as a day on which volunteers around the world are recognized and celebrated for their contributions and dedication.
Volunteer Canada’s goal for the 2005 International Volunteer Day campaign is to collect story leads about inspiring and exceptional volunteers from every part of Canada. Our intention is for this website to become a “hub” for media looking for exciting and unique human interest stories relevant to their geographical area..."

Plan your own IVD event
Here are ideas, examples and tools for planning your own event or activity for the International Volunteer Day. The resources – available in English, French and Spanish – cover a wide range of issues... 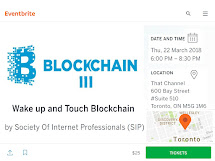 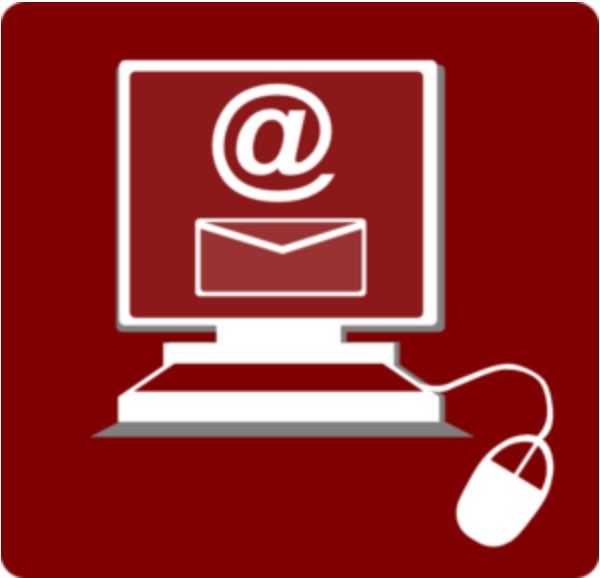